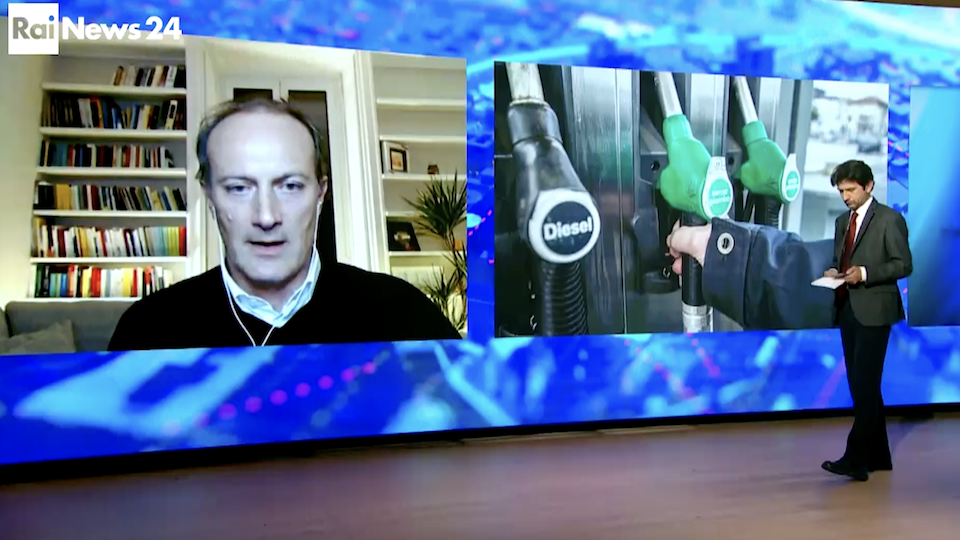 What’s happening with gas stations? Why is the price of gasoline going up? Why are the distributors striking? Are we in a recession?
Economic forecasts seem to be more positive and induce optimism. I tried to answer these questions in an interview for RaiNews 24 during the late afternoon analysis conducted by Giancarlo Usai.
You can review my short intervention below, while on the Rai News and Rai Play portal you can review the entire in-depth program >>>

This is a brief summary of my intervention during the RaiNews 24 in-depth program. Below I propose a deeper look into the so-called expensive gasoline.

LISTEN TO MY INTERVIEW FOR RADIO RADIO ONCE MORE: INSECTS IN YOUR PLATE >>>

WATCH IT AGAIN: SAVINGS ARE SLOWING DOWN BUT THEY ARE STILL ASTRONOMICAL >>>

MY OPINION ON IL FATTO QUOTIDIANO: THE EUROPEAN NIGHTMARE >>>

To sum up the full situation.
Gas station attendants in Italy are striking due to low prices of gasoline and diesel, which have caused a reduction in profit margins for service stations. Additionally, there are also concerns about unfair competition from online fuel distributors and lack of support measures from the government.

ON THE RISING OF THE FAR RIGHT IN EUROPE: AN INTERVIEW FOR XINHUA >>>

The price of gasoline and diesel in Italy is made up of several components, including the cost of the raw materials, taxes, transportation costs, and the profit margins of the companies involved in the distribution and sale of the fuel.

WATCH IT AGAIN ON RAINEWS 24: LABOUR IS ON HOLIDAYS >>>

The Italian government sets the taxes on fuel, which make up a significant portion of the retail price. The cost of the raw materials, transportation costs and the profit margins of companies are determined by the market forces of supply and demand. Additionally, there are also other factors that influence fuel prices such as exchange rate, geopolitical tensions, etc.