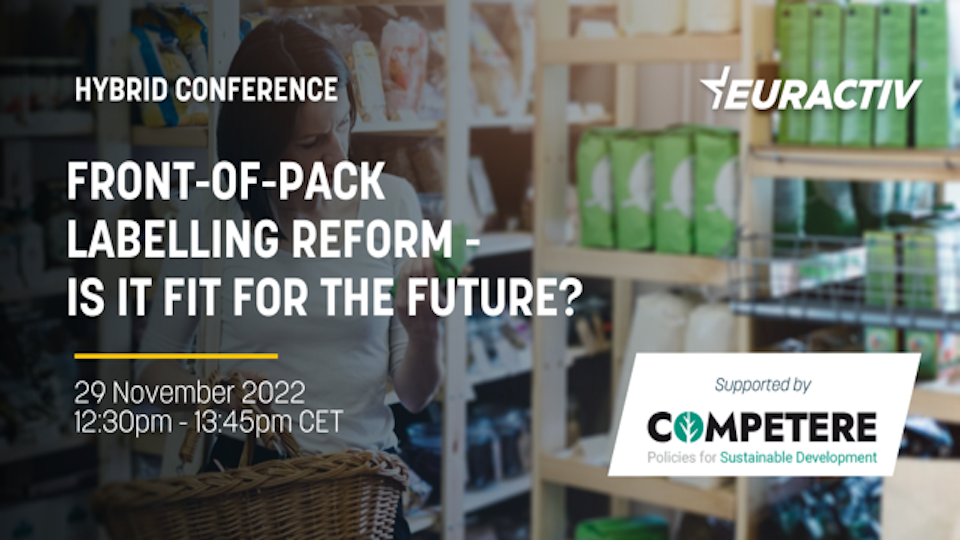 The Nutriscore weak principles are collapsing under the provocative arguments others and I are introducing in the debate around Front of Package Labelling Reform and the Future of Nutrition. The debate on Front of Pack Labelling Reform in the EU hosted by Euractiv in Brussels and co-hosted by Competere highlighted all the weakness and the contradiction of the traffic light and alike valutative systems.
Euractiv hybrid event was the opportunity to move the debate forward in the context of the challenges that the most recent advancement in science of nutrition and the exponential evolution of technology are presenting.
In this prospective the Nutriscore and alike systems proposed by some ideologically influent lobbies of elite scientists, consumer groups and NGOs backed by big some French and non European multinationals, appears to be obsolete. The European Commission is wasting time after schemes that are dictating consumers what to eat focusing on ingredients and ignoring individuals behaviours and attitude, and ultimately harming freedom of choice.
We call the European Commission to think carefully before proposing a defunct system that is being overcome by technology and science advancements.
If you miss it, check out the letter signed by several members of the European Parliament and NGOs that calls the European Commission for a better regulation that promotes liberties and diversity by empowering consumers.
Watch the Euractiv and Competere debate here >>>

SciTech Advancements Push the Nutriscore Away

Here a short summary of my talk in different moment.

The Nutriscore is Defunct: My interview at national Radio RAI 1 >>>

READ IT AGAIN: ENERGY AND FOOD SECURITY AT THE G20 >>>

READ MY INTERVIEW ON THE SAD TRUTH ON NUTRISCORE >>>

You missed the Euractiv event? Here a quick recap for you >>>
Check out Competere’s press statement released after the Euractive discussion >>>
SciTech Advancements Push the Nutriscore Away – Euractiv – Pietro Paganini