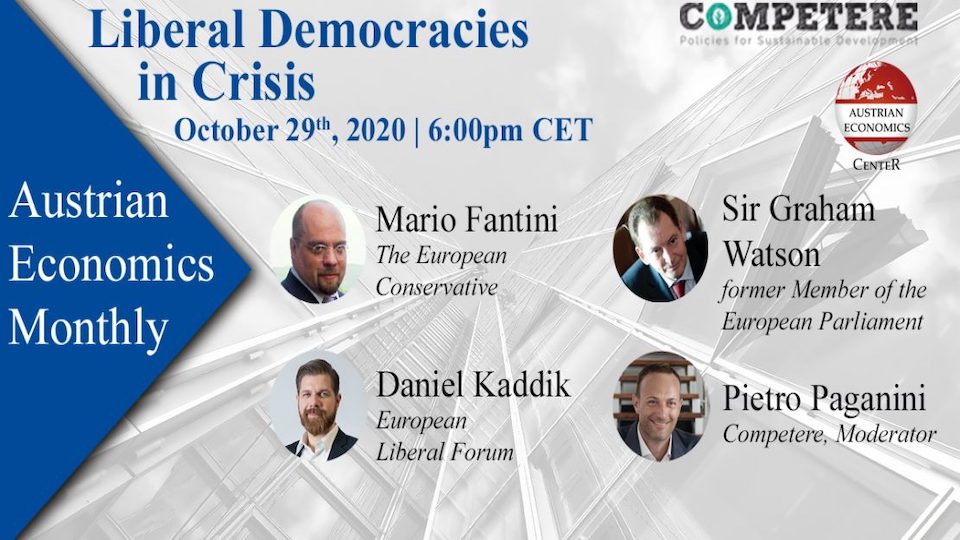 Majority of citizens in the world today do not trust their political representatives, the mainstream political parties, the established political institutions or their governments. This widespread crisis of legitimacy underlies a series of dramatic changes that have taken place in recent times in the global political landscape. The rise of populist and nationalist parties have been a key focus of concern since, for many of them, there are questions about their political tolerance and their respect for pluralist institutions. Not all populist parties follow the same playbook, however, and some may actually enrich pluralist and liberal democracies.
Most recently, the pandemic has deeply put under pressure liberal democracies. Faith in progress, which is pivotal in the liberal systems, has been hit by the inability of liberal institutions to deliver more wealth and more peace. Trust in scientific, technical and political competence and institutions have been further negatively affected by the disintermediation provided by the digital revolution, which allowed for forms of decoupling between knowledge and power. Covid-19 has illustrated the clash between the perception of time that different stakeholders pertain. The time of economy clashed markedly with the time of the epidemics.
In light of this, what is the future of liberal democracies? How can pluralism emerge again as the core of the public debate?

IF YOU MISS IT, READ IT AGAIN:  BUILDING AN OPEN SOCIETY – EL LIBERO (CHILE) >>>

Mario Fantini works as an editor and speechwriter for various international organizations in Brussels, Rome, and Vienna and serves as Editor in Chief of The European Conservative.
Daniel Kaddik is Executive Director of European Liberal Forum in Brussels.
Sir Graham Watson is a former Member of the European Paliament.
Here a short excerpt in bullet points of each speaker.

YOU MISSED IT: IN DEFENCE OF LIBERAL DEMOCRACY (THE ECONOMIC STANDARD) >>>

Graham Watson
One of the difficulties with the consumer society is that citizens moved to be consumers. Consumer expects immediate satisfaction from institutions and governments as it expects from shops and the market.
We can start again on how we organize our own society (Adam Smith)
Mario Fantini
We live in a hyperactive society. Yes I believe we have to reassert sovereignty of individuals.
We need to have distorting elements interfering. When a look around I see burocracies, organizations not people discussing.
Here their bios

Alvino-Mario Fantini works as an editor and speechwriter for various international organizations in Brussels, Rome, and Vienna. He is also a ‘ghost-writer’ for the free-market PR firm Keybridge Communications in Washington, D.C., and serves as the editor-in-chief of the bi-annual publication,The European Conservative.
He previously worked as Latin America correspondent for Bridge News/Telerate in Bolivia, Chile, and Paraguay; communications officer for the World Bank in Bolivia; editorial consultant at the Far Eastern Economic Review in Hong Kong; and editorial page writer at The European Wall Street Journal in Brussels.
He serves on the boards of European Dignity Watch, an NGO in Brussels, and the Center for European Renewal, an educational non-profit in Amsterdam, and is the former Secretary General of the Hayek Institut. He is a member of the Mont Pelerin Society, the Philadelphia Society, and the Institut d’Études Politiques.

Daniel is Executive Director at European Liberal Forum in Brussels. The European Liberal Forum is a think tank founded to strengthen the liberal and democrat movement in Europe.
Before that he was Director of the Southeast Europe office of Friedrich Naumann Foundation for Freedom, a non-profit organisation that promotes liberal values, rule of law, and economic freedom. Providing policy consultations and educational programs, the Foundation is active in more than 60 countries.
Having worked previously for the Foundation in Germany, India, and Russia, Daniel Kaddik is actively involved promoting entrepreneurship and personal and political responsibility. His main interest lay in the field of liberal policy solutions, economics and social sciences as well as entrepreneurship and citizen participation in governance.
He received degrees in Governmental Studies from the University of Erfurt, European Studies from the University of Hamburg, and International Studies from the University of Birmingham.

Watch the full webinar The Crisis of Liberaldemocracy >>>