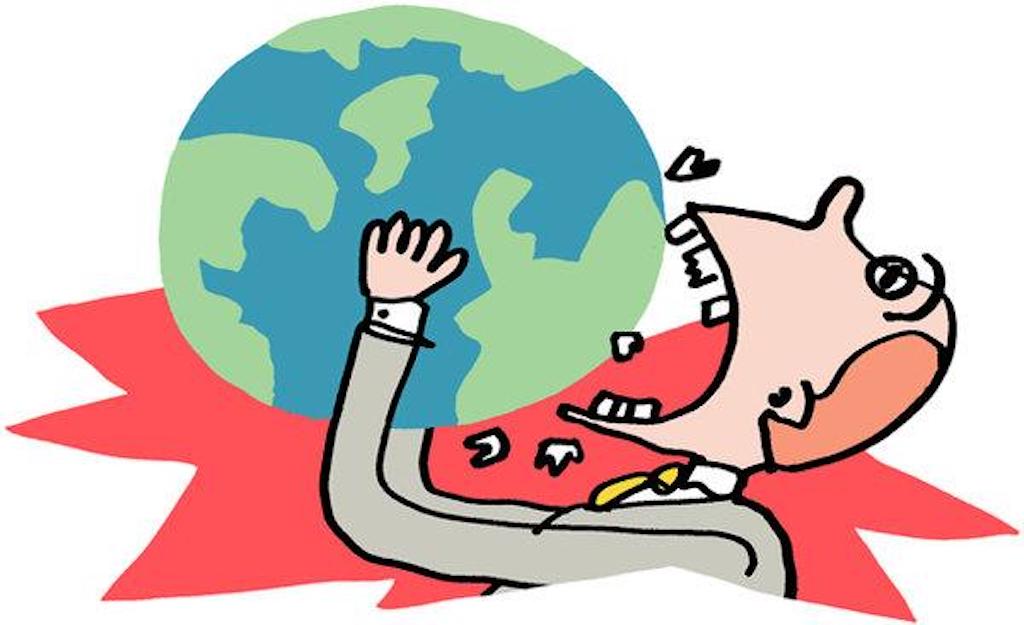 The Whom Hegemony – Paganini non Ripete – by Pietro Paganini
I have already written about the WHO totalitarian approach. I want to come back to the topic because they are now targeting intellectual property: overriding patents to make cure easy to access. Nothing more wrong. Let’s find out why.
The first robotized sex toy was awarded by the CES in Las Vegas to be then censored, enjoy it in my selection of art, design, technology to shape the future. Milan is awarded the 2018 city of design. 2018 was the year in which skyscrapers have returned to climb. Do not miss the Toronto design festival, one of the most important in the world. And finally, a beautiful NASA/ESA discovery. This is Paganini non Ripete nr. 105.
Enjoy the full e-zine: Paganini Non Ripete nr. 105 >>>
Go to the Italian version >>>
#THE WHO HEGEMONY – SITUATION ANALYSIS I   the more the European elites are not able to find a solution to the migrants challenge and the more the authoritarian and populist right movement gain consensus. The more the mondialists promote a religious solutions and the fewer citizens listen to them, preferring the reassuring promises of populist leaders. By guaranteeing the cohabitation of citizens through the rules, the Governments protect individual Freedom. Rights are a consequence of liberties, not vice versa. Thus on Formiche R. Morelli and I explain how to address the immigration problem by relying on the liberal method.
SITUATION ANALYSIS II   The World Health Organization (WHO) would like to further expand its spheres of competence. In other words, it wants to interfere with government decisions and limit our freedom of choice. The next Executive Board could adopt a much more ambitious roadmap: promoting the widespread adoption of compulsory licenses.
WHY IT IS IMPORTANT?   Compulsory licenses allow government to override intellectual property rights to manufacture patented medicines without the patent-owner’s consent. By promoting its widespread use WHO harms innovation and the development of new and advance cures.
THE AIM IS LAUDABLE   to facilitate access to the most advanced treatments to an ever greater number of people.
IT IS A DANGEROUS PRACTICE   compulsory licenses do not facilitate any access to innovative cures. On the contrary, they harm innovation, discourage investments and slow down the R&D are. It generates a negative cycle that hinders the discovery of advanced cures.
QUESTION   WHO shall respond. Does the access to treatment depend on the cost? The answer is negative. WHO shall direct its offers somewhere else:
INNOVATION ENEMIES   WHO elite experts and bureaucrats follow the old historicist axiom: pharmaceutical companies speculate on patients by speculating over the price of drugs. They clearly ignore the functioning of the innovation process, and the market mechanisms, such as the incentive needed to stimulate investments and the protection of intellectual work.
SCIENCE ENEMIES   WHO feed a dangerous interpretation of ​​science. They are not interested in solving problems through the scientific method. But they use science to confirm their hypotheses on how the world should be. They want to impose their truth. They are wrong, and they produce few results, in fact.
WHEN WILL WE VALUE   the efficiency and effectiveness of WHO policies? When will the WHO experts produce a paper on their work? See my criticism of the unfortunate WHO war against sugar (Sole 24 Ore).
HANDS OFF BY MY FREEDOM   Let us help the WHO address the problems listed above and stay away from our sphere of freedom of choice as well as the policies of our governments. I do not like WHO tells us what to do.This is more true for whomever subordinate science to it’d religion interpretation of the world.
INNOVATION   contributes to make the world a better place. Governments, businesses, and citizens help fostering innovation. Overriding patents means breaking the right to property which is a fundamental, even natural freedom. Patents are the tool that fosters innovation like the IPRI (International Property Rights Index) demonstrates.
Enjoy your week from Poggio di Leo 🙏
Paga