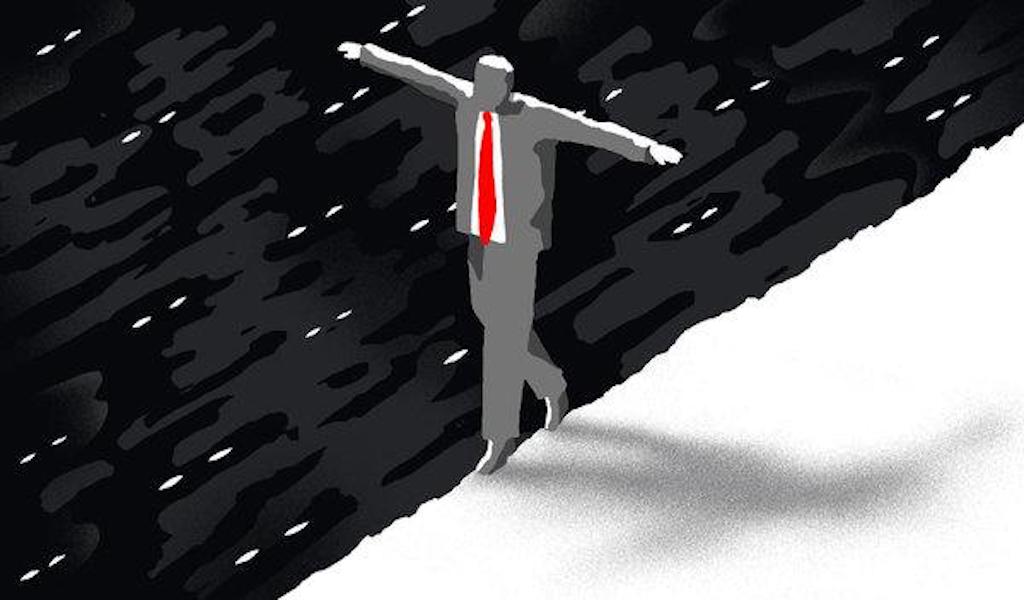 Ciao I hope you are enjoying your day 🌈🏄 Many industries are demanding to be regulated to boost production and innovation. Rules favor a better coexistence among citizens. Let’s figure out how in my analysis.

I am taking the chance to present some of the most interesting architectural works that will be realized in 2019; a library to help children to read; the best sports gadgets; a contemporary art exhibition in London; and the most stunning from space.

#RULES – ANALYSIS OF THE SITUATION   Twitter (especially in Italy) has now replaced the space of political confrontation by sterilizing the debate and reducing it to binary statements – pro or against something. This has polarized users in communities (i.e clans), where they celebrate and promote their own prejudices and the way they interpret the world. They reflect the exact same – historicist – dynamics recounted by T. Kuhn in presenting scientific communities. This is a problem because in this way, very little knowledge is developed and put into use for revolutions of a uniquely emotional nature.
Question: What do all these tweets lead to, if not to a reinforcement of clan membership?

ANALYSIS OF THE SITUATION II   Finally, Pope Francis has officially stated that it is not enough to attend Church to define yourself as a good Christian, recognizing the moral goodness of the actions of us agnostic and atheist. It is a theological and teleological revolution that will contribute to renewed Catholic Church’s secularism.

ANALYSIS OF THE SITUATION III   More and more industries are expected to be regulated, or rather to operate within a dynamic legal framework (efficient, effective and economic) that would allow companies to grow (profits, jobs, social impact) and innovate themselves.

WHY IT IS IMPORTANT?   Too many sectors are badly regulated or without rules. This, risks to weaken the living together of citizens – with possible consequent negative effects on the work of the same industries. The absence of rules does not favour companies. It is an illusion promoted by those who, by ideological condition but above all for personal interests, wrongly interpret Liberalism. The market, as well as every area in which citizens operate, requires rules. In the absence of rules, we end up rewarding very few and penalizing coexistence and the freedom and prosperity of the most.

FOR WHOM?   Here are some examples of sectors that need regulation:

COMPLEXITY   Defining rules for these sectors is particularly complicated:

GLOBAL STALL   In this stalemate situation, every country is moving towards its own interests that are in contrast with those of other economies. Regulatory systems are thus generated not caring to be forward-looking and ductile, entering into conflict with each other to better attract or blackmail companies. Netflix in Saudi Arabia or Apple and Google in China are the best known and most recent examples. In other cases, the legislation delays so much that the industry must give up innovating as in the case of self-driving cars in Europe.

FAKE WEBTAX   In Italy for example, the Government is renouncing to billions in annual revenue by fees from web companies operating in the country but incorporated abroad. Multinational companies are demanding international regulation given the nature of the problem. In reality, they are aware that there will be no agreement in the short and medium term. This satisfies them but not us citizens.

THE ILLUSIONISTS   Cunningly, they have convinced recent governments and parliaments – deluding them – that they produce innovation (which they do elsewhere) and create jobs (how many employees does Facebook have in Italy?). It’s a simple blackmail. The multinationals of the web exploit their glamor to manipulate a political class not attentive to the citizens’ problems but infatuated by social media and web platforms, believing that they are the Holy Grail of success.

(FURTHER) LOST OPPORTUNITY   The recent Italian budget law was a lost opportunity. Instead of regulating web multinationals and taxing them a fair amount, the government has preferred the easiest solution: taxing insurance, banking, gaming and tobacco.  In other words, those who produce and contribute heavily to the treasury’s budget, with the obvious consequence of slowing growth and consumption. Meanwhile, web MNEs take their profits elsewhere and direct their investments away from Italy.

THE MESSAGE IS CLEAR   Rewards for whoever doesn’t pay taxes and does not worry of the productive picture of the country.

MESSAGE FOR THE ‘GOVERNMENT OF CHANGE   It is necessary to work for the regulation of web companies at an international level; however, in the meantime, given the timing, we must operate in the European context, to guarantee a regulatory framework that allows companies to invest and protect citizens, ensuring coexistence. This applies also to the web tax. It has failed for now, especially the international idea of it. To begin with – as suggested by the Ministry of Finance – we must promote a national web tax with a % on transactions.

Image by Daniel Zender from the NYT